what to do when your domain is poached 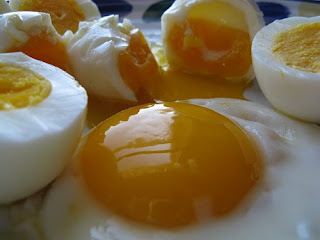 “IT” being IT Solutions, our outside IT company that handles all of the computer stuff that is above my head or that I am too busy to deal with, which seems like everything these days. After the obligatory 3-4 emails back and forth that it always takes for me to get relevant information from any of my co-workers so I can actually begin to solve the problem *more on this later*, I send an email to IT from my blackberry while performing a turtle pose on the gym floor after my 65 minute humiliating plyometrics bashfest. See, I had to procure my own agility ladder after being kicked out of X’s gym, so I had not done ladder drills since early January. They get much harder after you don't do them for 3 months; and furthermore my synapses were still in Miami or something, and even furthermore I am always sluggish on Wednesday mornings after the mountain bike ride on Tuesday nights. 10 minutes later I called IT and they were on it.

On my way to work I called them again. Our liason patched me through to a tech, apparently because he did not want to be the one to face my anticipated disgust. The tech hesitated, “I have bad news for you. It looks like your domain has been poached.”

It turns out that our domain http://www.libertyflooring.net/ expired back on February 18th and was in limbo for 43 days, at the end of which it was released for purchase to the general public. That happened Wednesday morning at 10 am. At that point, a very savvy person in India by the name of Karan Goyal (no idea if male or female, but I prefer to think of this person as a bi$%ch) poached our domain name. We never received the notifications that our domain was going to expire because they were sent to the email address that IT Solutions disabled when they moved us from NJ to our current locale down by the airport. So needless to say, we were screwed.

I found Ms. Karan's email from the WHOIS database and sent her an email inquiring about buying back our domain:

Karan, our domain name expired and the hosting company had expired contact info for us so we did not receive notification until today. I would like to inquire about purchasing our domain back from you as soon as possible. Could you please let me know how much it would cost to for you to release the domain back to us? Thank you. Andrea Walheim Liberty Flooring


I tried not to sound too desperate. However, at this moment in time no one in our organization is able to send and receive email, no one can log in to the remote network, the 4 employees with blackberries are unable to receive email, and if we can’t get the domain back I have to reprint thousands of business cards, repaint the three trucks, and who can quantify the cost of inconveniencing all our customers and suppliers who currently cannot contact us by email and cannot send us documents/plans/etc.

This is the lame-ass email I got back:

Hi, Actually I am really sorry to say but there's a project in my mind which I already have started. Anyways if you want to have it back I can give it to you for $500 via paypal @ karangoyal@xxx.com Thanks

Now we all know this was a planned extortion. Congratulations Karan, you capitalized on our mistake and now you hold the cards, but please spare me the bullshit that you have a project in India which requires the use of libertyflooring.net. Give me a break.

I guess her first attempt was to see if I would be stupid enough to just pay her the cash without her releasing the domain. I’m not quite that stupid. I emailed back that we needed to use an escrow account.

She agrees to escrow because, of course being the pro that she is, she already has an account setup at escrow.com. Then I had to call Godaddy, who had hosted the domain, and find out how long it would take to transfer it back. I was able to coerce the rep on the phone to reveal that Ms. Karan was a account holder at Godaddy and if she changed the domain through her control panel we could use our domain in 5 minutes. I sent Karan an email asking if she would agree to release the domain to us in this manner. It got lost in translation a bit, but then she replied, “OK. Yes.”

…..and then I did not hear from her anymore.

She sent me an escrow link that did not work after I opened an account. I wanted to be careful not to send too many emails to her; not to sound too desperate. I knew she was playing me for more money. I had agreed to the $500 too quickly perhaps. Our website (had) boasted that we had become an 11 million dollar company, and perhaps she had used the google money converter and decided that $500 was too paltry a sum to ask of the goliath Liberty Flooring. Perhaps they had not heard about the recession yet in India, especially in the construction industry. We don't use call centers in construction much.

I decided to initiate my own transaction on escrow.com as the buyer and I sent her the escrow request for her to accept.

It was now 5pm EST and we had been offline to the outside world for 7 hours. I had no idea if this bitch was going to release my domain or not. It was 5 hours ahead in New Delhi, but I doubted that the reason for the non response was because Karan decided she had more important things to do this evening than extort $500 from an American company. The escrow link had not worked because she decided to hold out for more cash.

The next morning I checked my email for the 100th time, still nothing. She was seeing how desperate I would get. This is bullshit. Nobody does this to me. I decided it was time I played a card and see if I could turn this whole thing around. I sent the following:

Karan, if I don’t hear from you in the next three hours I have no choice but to purchase another domain. Once I do that I will have no use for libertyflooring.net so you can keep it. Otherwise please respond to my escrow request immediately so we can finish the transaction. I would rather not have to change domains but at this point the delay is costing me too much money. It’s your choice. Andrea

You could hear crickets chirping across the Internet. chirp. chirp.

and then....one hour later, I received an email notification from escrow.com that she had accepted and I need to ante up and pay. Whoo hoo!

So I paid with a personal credit card, which involved faxing them a copy of both sides of my credit card(!) and escrow.com said it would take a day to process. I called the IT company and they said they would be on call in case the domain would be able to be released that evening.


At 6pm I got a notice that the CC payment had been verified and to let escrow know when I had received the domain back. I emailed my Indian friend:

If you go into godaddy.com and hit "account change" you can enter my account number which is 465XXXX and my email address is xxxxx. We should then be able to get our domain within 5 minutes and I will release the fund to you.

Ha! Like I needed how to tell her how to do her job.

yeah thanks to you too sweetheart. FYI that would be "it's" in English.

I got the notification, made the switch in the control panel (if we had not both been account holders at Godaddy this could have taken months) and called the IT company so they could re-attach our Exchange Server to the domain.

An hour later we were up.

And there you have it. A perfectly legal and profitable extortion scheme that you don't even need to be that tech-savvy to pull off. Just a little patience, a pc, a few dollars, and a little luck.

Do you know when your domain expires? 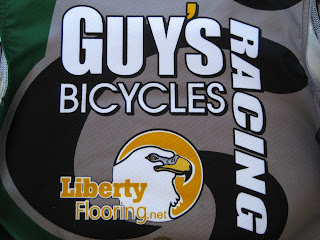