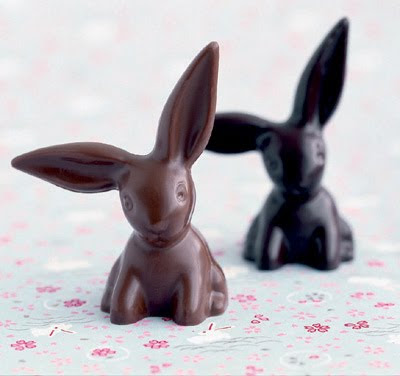 Technically I guess the new decade starts in 2011 but the year of 2010 represents some milestones in my life. First, I had a big birthday in February and Mark threw me an incredible party, which will require another post to explain, I'm working on it. Secondly, I became a full-fledged vegetarian. Ok, that's not actually true, more like a Pescetarian. I was eating very little meat before but now I eat none and have had to relearn how I plan, shop for, and cook a meal, which has been quite an adventure. And finally, I am hoping that 2010 represents the end of a very difficult 2-year period of health issues and emotional trauma, for want of a better label. Good Riddance to 2009 (I know, it's almost April) and Good Riddance to the winter of 2009-2010 which has finally released its grip on us. This was the rainest season on record in Philadelphia since record-keeping began in 1873. As of yesterday, 62.17 inches of precipitation had fallen in the previous 365 days — more than five feet. Just wait until the mosquito larvae start hatching.

This has not been an easy week, and today is only Wednesday. Not only was it raining from Sunday afternoon through today, but on Monday night Colin had just picked me up to drive to Cadence Climbing Class and I looked at my phone and saw that both sisters, Mark, and Chris (aka Boss #1) had all called me, twice, within 5 minutes. Something bad had happened. I called Chris and I was quietly told that "unfortunately your mother had a stroke." I gasped. Ten seconds later Colin swung around and dropped me back off and twenty minutes later Mark picked me up in the 911 and we drove, fast, through the downpour to Bryn Mawr Hospital, where I was born. It turns out she did NOT have a stroke, possibly a TIA but she is OK, after they ran her though every kind of test for 2 days, but it was how my week started.

Tuesday I had this uneasy feeling and got no sleep leading into today. This morning I was in a vile mood and had a stress stomach-ache all morning, which was at its worst during my non-optional appearance at Philadelphia Traffic Court at 1 pm. I was there to plead that my "running a red light" offense could be reduced to a non-pointable offense instead. Which I did, and the Judge acquiesced. It was a win-win all around, as I got no points against my driving record (which is in the shitter anyway right now after 2 accidents in 2 months) and the Philadelphia Traffic Court got to keep my $126.50.
But anyway, here we are Wednesday afternoon and the sky is blue and my stomach feels better. My mom is OK. Work is tolerable (very quiet today, no one is here) and my malaise of the past 24 hours has lifted with the dark clouds. Tomorrow is April Fools day, so maybe I will sneak into work at the butt-crack of dawn and put a mannequin in my chair, since "as long you are here early we don't actually care if you lock the door of your office and do your nails all day," no kidding, this from Boss #1. I mean with that option why waste a PTO day? 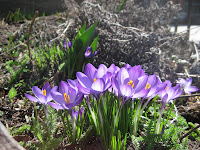 Actually, tomorrow I am allowed back on the Yeti after 14 weeks and it is going to be 75 degrees and sunny. I took the day off from work. I actually put a few races on my calendar, which is very scary to me because I don't even remember HOW to race, and I have never raced with a pacemaker before. There are not many of us under 70 with pacemakers you see, and most XC racers tend to hang it up a bit before then.

This year is going to be very different. I can feel it. That's all I can say with certainty at this point. And there really is nowhere to go but up.
posted by Unknown

Happy new year in April Andrea.... It has been a tough year but I'm happy to say that from my end, I was able to survive with you nearby. It made all the difference. :)

absolutely! I'm surprised and grateful that I had a positive effect. I'm ready!