I'm going to beat this guy by at least 20 years

...that is if I can keep from being hit my any more trucks or minivans:

Who has lived the longest with a pacemaker? The late Swedish engineer, Arne Larsson has lived the longest (41 years) with a pacemaker implanted. His first pacemaker was experimental pacemaker, one that had never been tried in a human before. His operation was performed at the Karolinska Institute in Stockholm on Oct. 8, 1958. Although the first pacemaker lasted just a few hours, a second lasted several weeks, sustaining Larsson long enough for the implantation of an improved model. Throughout his active life, he had 26 pacemakers.

This is from "Pulse" the newsletter of the Pacemaker club, which describes
itself this way:

The Pulse Newsletter provides club news and information of interest to our battery-operated members. It is published semi-annually. If you wish to submit an idea for a future publication, please contact us.

I object to being labeled as battery-operated when I am only operating on batteries about 8 percent of the time last time we interrogated the thing.

Here is another gem from Pulse: 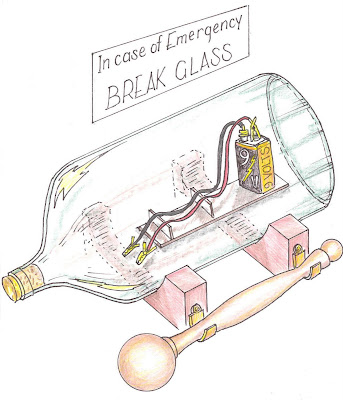