time trialing with a broken heart 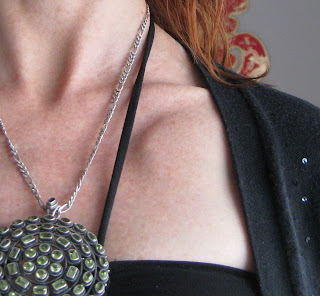 so I had a field test today, indoors. I guess I have one every month now, and I was looking forward to besting my numbers from the last one, since my LT had fallen dramatically from The Year of Five Surgeries, getting hit by a truck, etc. Nevermind that the tragic events of my personal life of the past several weeks culminated on Tuesday night, and unfortunately I am one of those people whose emotional turmoil will manifest itself on my physical being in all sorts of tangible as well as less obvious ways.

So I performed half of the 20 min field test hitting my numbers okay, with the intention of ramping it up for the last part, and all of a sudden my legs just felt awful and it was all I could do to complete the test, forget completing it at SuperLT-VO2 Max. I had tried to overcome my deep sense of personal loss from the events of the past couple of days by doing everything right: taking it easy yesterday, getting enough sleep, making a little time-trial playlist on my ipod, focusing on the task ahead of me during the warm-up, and even after the TT started, listening to the rhythm of my heart and lungs and legs; being present, feeling the pain as they pumped, and concentrating on those little numbers on my PowerTap.

However, sometimes despite trying to do everything right, I consoled myself on the ride home, it just goes like that. It has happened to all of us at one time or another I guess.
As for my broken heart:
When I was diagnosed with heart block I asked them how this could have happened to me. I had not suffered from any of the known causes, such as a prior heart attack, a congenital defect, an enlarged heart, rheumatic fever, coronary artery disease, or an overdose of various prescription drugs. They said it could have been a virus that caused some scarring on the heart that was undetectable in the ultrasound. I did have a nasty case of mono in the 9th grade that caused me to miss about 6 weeks of school.
But I know, because I inhabit this body as well, that my heart block was caused by none other severe emotional stress. I chose to fall in love with X back in late 2007, who seemed beautiful on the outside, charming and witty with eyes of fire, but whose own soul was broken as only a soul is broken when it inhabits a young body with a fledgling psyche trying to comprehend why its father abandoned it. He became a weapon. A piece of my soul was damaged from similar circumstances and so it could be said that it was my destiny to fall in love with X.
Or not.
After months of trying to understand the self-destruction and violence that his broken soul could unleash upon himself, the people who loved him, and the rest of the world, something inside me snapped, and I had my first incident on a nice sunny day on the bike path.
And as the mystery deepened and the months of 2008 progressed, with any kind of rift between X and I, the conduction in my heart would become markedly compromised, and I would block at much lower heart rates, until I could not even complete an endurance ride without incident. This deterioration continued until, after much research, endless trips to cardiologists, and my decision to end that very torturous relationship, I opted to have the little metal box implanted and the wires threaded through my vessels so I could keep riding my bike. And my broken heart... became a bionic heart. And even though part machine, I discovered this week; it can still break.
More info here about emotional and physical stress triggering heart symptoms, albeit very different ones than mine.
posted by Unknown