the keeper of the animals 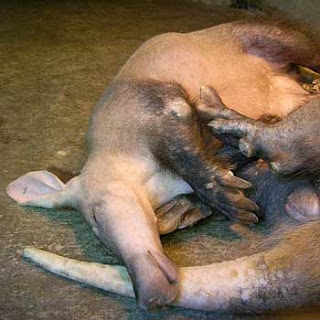 Last weekend I had a dream about Mark and Annie. Mark and I went to visit Annie and we were driving in a car near the seashore and we were skirting the water, and then we were driving across a bridge, and then we were in the water, it was terrifying, but I reminded myself that cars were designed for this. (I seem to have recurring dreams about driving in a car and trying to stay on a very high bridge like a drawbridge that is opening, or on top of the surface of the ocean, terrified that I am going to end up drowning, but then I am the water-bearer so I guess it makes sense)

Something happened to Mark; he was gone. Suddenly Annie and I were in a very large house with hundreds of rooms and people everywhere celebrating some holiday of which we were unaware. We had to get through the house somehow. We traversed a long corridor and it was slow going because I was riding a bike and also carrying Mark's bike with me. There were barriers across the corridor every 2o feet or so and I had to jump over them on my bike while holding Mark's bike in my left hand. The laughing torsos' of the merrymakers could be seen spilling out the windows as they drank and shouted, and there was loud music. Somehow I accomplished this task and we got through; those mountain biking skills sure do come in handy.

Then I am in a large waterbed with Mark and there are animals around us and a new animal is curled up next to me, just like Madison and Chloe. Mark looks at it, surprised, trying to identify it.

"It's an aardvark," I said ruefully, wondering where in God's name I was going to be able to buy some ants to feed it. Then I went off to find food since all of the animals were hungry now, and needed to be fed. And it was going to take me a while to find enough ants.
posted by Unknown