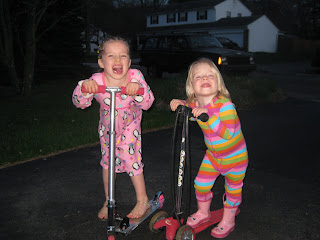 So today my therapist and I discussed having children, (that is me having children as hers are now teenagers.) I said that despite the fact that I had been talking about it lately and I had expressed my interest in finding a potential partner that would be at least amenable to the subject, as well as biologically appropriate (read = sperm is viable) and age appropriate (read = young enough to be able to deal with them when they are 15 before we kick'em out) -- I really have no desire to be saddled with a baby right now. Ok, that is putting it mildly. Truthfully the thought of being pregnant and then having to deal with trying to whip my body back into shape with this needy little thing perpetually trying to suck on my sleep-deprived nipples, well, it's about as appealing to me as a colonoscopy.

"But at your age you need to start thinking about it, " she reminded me, the same thing the endocrinologist said at my appointment last week. [Speaking of that when I called for the appointment the receptionist asked me if I had been trying to get pregnant. When I replied, "hell no" and seemed puzzled, she explained that most health insurance plans would not cover the use of exogenous hormones to optimize fertility until after a woman has tried (and tried) the old-fashioned way, without supplementation. I explained to her that fertility was not the reason for my visit, and I was granted the appointment.]
At Easter dinner I drove to my mother's house, alone, and this made me sad. It was my own doing as it were, but it still made me feel like something of a failure. I was feeling overwhelmed by this and getting teary-eyed when I turned my old Jeep into the driveway and this is what greeted me: 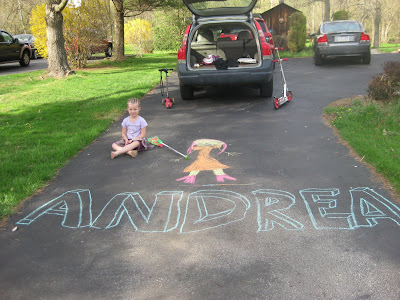 After dinner and some time playing with my nieces on their scooters, I decided that perhaps motherhood would not be so bad after all. I just can't imagine having the time to raise children with my hectic life, and yet I feel as if don't have the means to change that right now. (A zookeeper, after all, is not a mommy, so she can get away from her charges when needed) At any rate, Alessandra's greeting definitely made me feel loved and welcomed, at least from the generation that did not judge me by the fact that I was single and childless at my age.
Then again, at Christmas 7 year old nephew William did ask me, exasperated, "are you EVER going to get married?" 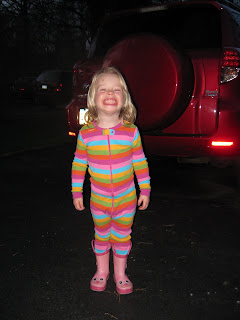 sigh.
One step at a time. I have no idea how that chapter is going to play out but in my more serene moments I believe it will all work out in the end, no matter if my children have four legs or two.
posted by Unknown

I love it. Heck, who wouldn't want to pull up and see their name in bold letters! As Liz Gilbert writes in "Eat, Pray, Love": "the decision to have children is like the decision to get a tattoo onyourface; you have to be sure you are really committed to the idea before you follow through."

I thought that you considered me a child.

Yeah but not my child. You were another parent's experiment, as Alice Miller would say.

She just died, I guess you have read her books as a student of psychology?