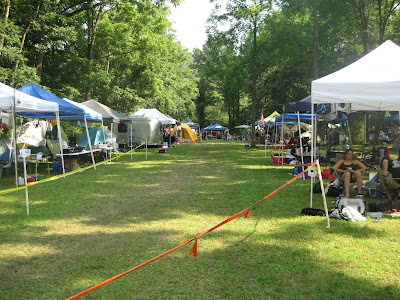 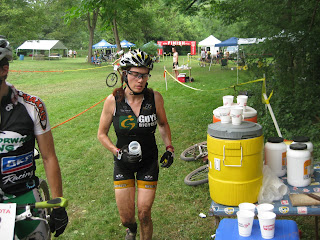 Saturday was the 8-hour endurance race. I got up late, since I had been woken up at 5 am from the couch at the Oesterling's by Erica loudly speaking to baby Isaac, who was debating which truck he wanted to play with.  In a pretty loud baby voice for a toddler. I am pretty sure they woke up everyone in the house. I ended up crawling back into the attic bed to get another hour of sleep and the combination of the sleep aid, lack of sleep, and the earplugs I did not wake up until 9am. Shit, we start in an hour! I did get to hop on my road bike set up on a trainer overlooking the festivities for about 10 minutes before the 10 am mass start. Seeking not to make the mistake I made at the Stoopid, I started out faster than I had in the previous races this year, not quite XC pace, but close. The first lap was my fastest, 57 mins. It hurt. My legs were stiff, and I’m not used to the starting at that pace because I fear I will run out of gas before these longer races are up....but it was a smart strategy because I did not have to fight my way out of a slower group of riders. I settled into a pace halfway into the lap and towards the end Nicole Sheets passed me. I would not catch her the rest of the race, even my pace was not much slower, but I was stopping for anywhere from 2 to 6 minutes between laps to refuel.  I was feeling pretty poorly in the heat.

The first lap, even though it put me a bit in the red, felt pretty good. The course started with a reasonable climb and had a great mix of singletrack, the twisty, log-strewn stuff that Mike loves, a few field climbs, and some tough new trail that apparently had only been cut in the 4 weeks before the race. It sucked your energy out of you as it was spongy, not yet packed down.  Add to that, it was in a part of the farm that had been recently logged there was no treecover to protect you from the sun, and it was very humid and hot on Saturday.   By the middle of the second lap I was hurting and wondering why I felt so crappy and weak, and how the heck I was going to get through this race. 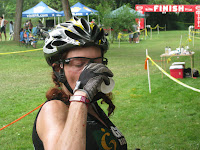 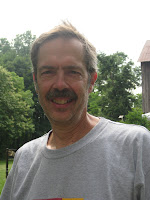 Luckily I had the help of John Davidson (Jake's dad) who took pity on me and asked me if there was anything I needed after my second lap.  And on my third, fourth, fifth, well you get the drill.  John got my bottles out of my cooler, poured water on me, got me electrolytes, etc, and I don't know what I would have done without him. A big kiss and thank you!
The major factors I had during this race that I had to overcome were:
a. the heat
b. my left wrist which kept getting numb and painful, and then dead altogether (can't brake, can't shift)
c. nutrition
d. my peach.  That is, my ill-fitting saddle, if you need a better picture of that
a. the heat I delt with as best as I could, and really after the first couple of laps I got used to it I guess, because I ended up doing 8 of them.  Water poured on my head helped, as did ditching the sugary stuff for some plain cold water.
b. The wrist was a major problem.  I rode one-handed as much as I could, and crashed a few times as a result.  I was able to keep my left arm from going totally dead this way, but it was really taxing and took a lot of energy away from my legs to be riding with one hand and twisting up my back.   (try riding up a climb 8 times with one arm and tell me how your back is feeling the next day)  I had a few nasty crashes in this race, due to the fact that my one arm was all but useless and the other was overused; I was not lifting my bars at the right split second and I had one memorable endo simply because I smashed into a log.  Bike flipped right over me and I once again landed on my head.  So I was not riding as aggressively as I would have liked afterwards, but I feel pretty confident that once I have two working limbs consistently on the handlebars I may fare better in this department.  I might need to invest in a new helmet as well; I've taken more headers than a world cup soccer player with this one.
c. nutrition, well there's the rub.  This was something of a disaster.  I had two 50-ounce camelbacks with Infinit 5+ hour custom formula, but I made it too strong.  Nate explained to me that if you make the solution too strong, your body diverts fluids from elsewhere in your body in an attempt to dilute it.  This would explan why I started feeling really sick after the third lap, my stomach became bloated, and I was not able to take anything in.  My plan was to use those two bladders in addition to the bottles I had made up, 6 of them.  The problem was after the second lap I could not take in any sugars, my stomach as rebelling, it all was making me sick.  I switched to just water for the rest of the race with a pack of Hammer Endurolytes

at the beginning of each lap.  I did not fuel with anything except water from 2 pm to about 6 pm..  I actually felt much better when I switched to water and my 6th lap was my second fastest lap.  That lasted a lap, when my blood sugar tanked and I started feeling shaky and irritable, like so irritable I was going to punch the next guy who came along and said "elite" from 6 bike lengths away, you know, so I would just jump into the woods for 5 seconds to let him pass by without havving to sacrifice his line.  Actually that irritates me when my glycogen levels are topped off come to think of it.  Anyway, I forced myself to swallow half a bottle of Infinit and popped some Gu Chomps  although they upset my stomach a bit.  I promised myself, as I was pushing myself to get through the 7th lap, that it would be my last.  But then I arrived at the start/finish with time on the clock and I had to go out again, I just could not deal with the self-recrimination I underwent after Granogue when I wussed out with 10 minutes on the clock.  It turned out to be a good idea, because there were only 4 of us who did 8 laps or more, Carolyn Popovic (the winner) rocked it with 9 laps, Selene, Nicole, and I all did 8.  I ended up finishing about 19 minutes behind Nicole.
d. As for the peach, well, that chapter is not completely written.  Without getting too graphic, the left half of my tender parts was so beat up that I had to go to the gyno to get it, ummm,  drained.  She cut a nice hole in it, but that did not work.  I was off my bike for a week and a half.  I finally was ask my sports med doc, Steve Collina (who also races the MASS series and has been kicking ass in Sport Class) to shoot the thing with cortisone.  He did, about 7 times, and I was able to finally get back on the bike, but the problem has not been solved yet. 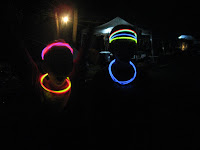 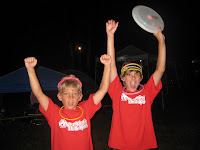 So I ended up in 4th place with 8 laps, and I was riding my bike for 8 hours and 45 minutes.  It was really hard, really fun, and it made up for the NTT fiasco of the night before.  In the evening there was music, a keg, and everyone relaxed at the camp and had some fun.  There are more pictures here, mostly thanks to John Davidson since I was in no shape to take pics until later in the evening. 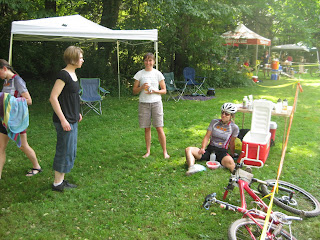 Carolyn chillin' with some watermelon post-race 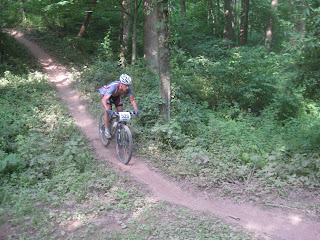 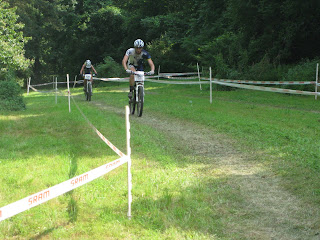 Mike Festa, one half of the Festa/Lebair duo 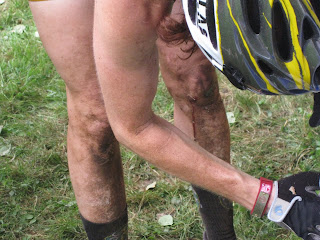 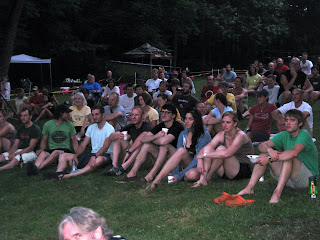 some of the campers
posted by Unknown