my trip to Fox Studios in Manhattan 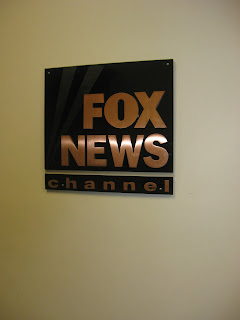 A couple of days ago my old friend Fred asked if I would like to accompany him Sunday as he went to Fox Studios in Manhattan to be a legal commentator on America's News Headquarters.  I thought it would be a fun, and it had been a while since I hung out with any Republicans since I had not seen the family for while.  So I drove across the bridge to Medford, NJ and met Fred and the limo driver.  I loaded my laptop and cooler into the limo and we were off. 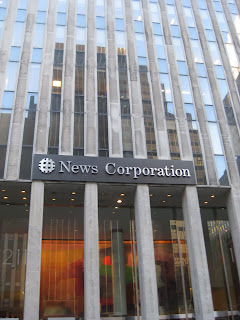 Fred has done 200 such shows in the past year.  He is on national news quite often, and if you want more info on him navigate over to his facebook page. He was being interveiwed for a piece about a new lawsuit against the McDonald’s Corporation involving a scalding cup of hot chocolate supposedly spilled on the plaintiff's daughter.   Liz Wiehl, a regular commentator on the show, got to make the case for McDonalds, and Fred was commenting pro-plaintiff.  He was not too happy about this but Liz got first dibs since she is a regular.

Fred and I have been friends for 15 years since I met him while working at Woodcock Washburn as a patent attorney's assistant.  We have been on more than a few adventures together, and it could even be said that Fred got me fired from said law firm, although that's a story for another time and besides, I passionately hated that job anyway.  It could be said that it was the reason I opted not to go to law school. 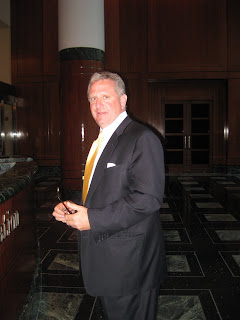 So we left at 3:15, plenty of time, so we thought, since he was not on air until 5:40.  From exit 5 of the NJT it normally takes and hour to get to the Lincoln Tunnel.  The Fox Studios are about 5 minutes from the tunnel by car. However, there was a 19-mile backup going North on the turnpike, and it looked like we were not going to make it as the limo creeped ever-so-slowly northward in the sunshine. Fred and I were having fun catching up, but he was getting antsy at the prospect of missing his gig. The producer was calling every 20 minutes to find out how close we were, and I guess at Fox they were scrambling around for a plan B in case we blew it.


As for me, I opened my cooler, chomped down some chips and homemade hummus, and cracked open a bottle of Trois Pistoles.  What the heck, I had earned it, I had had my first real bike ride today in 2 months and rode a very painful and hilly 60 miles.  Then I forgot to eat lunch.  Andrez, our polish driver, was doing his damn best making the good calls regarding lane changes and swift accelerations but we only made it by minutes.  We got through secuty and literally they came running down to usher us upstairs and Fred was rushed into makeup 5 minutes before air time.  I walked into the "Green Room" and they were airing a piece about those Sketchers sneakers that were supposed to tone up your legs just by walking around in them.  Please, these women need to get their asses on a bike if they want their legs toned.  The woman who had ushered us in offered me cookies or a beverage.  She was standing next to me, and of course I had to mutter, a bit too loudly, "that is such bullshit."

"shhh" she warned, "The Sketchers folks are standing right behind us."

Ooops.  "Sorry", I said flashing my apologetic smile.  I changed the subject to the fact that we had made it by the skin of our teeth.  "Our limo driver was really good, " I said, "or we would never have gotten him here on time." 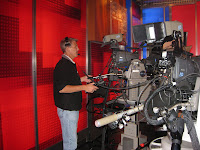 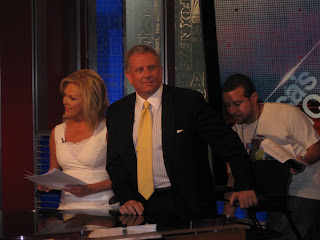 "That's good to know, " she replied, "because some of our drivers apparently try to convert the guests to Islam."  I smiled, wondering if that was really true, or that said drivers were merely wearing a head scarf or something and the guests of Rupert Murdoch found that offensive.
Next I was standing behind the camera as Fred and Liz took their places. The guy on the right counted down to air time.  "90 seconds"  then "60" then "30", just like in a bike race.
And off it went, so cool to be right up behind the cameras a few feet from the action.  Gregg Jarrett interviewed them both and Fred was flawless in his performance, as was Liz, although Liz slipped up once and called the beverage "coffee, " not "cocoa", but hey I am probably the only person who noticed that.  Micky D was sued in the 90s over hot coffee spilled and that was a 2 million judgment against them, which was mentioned in Gregg's intro. 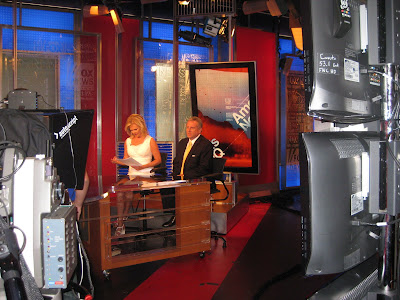 Not that there was much of substance to talk about since there had been no discovery or anything really on paper about the case yet, but why let that stop them, this was Fox after all and people eat up this crap.  The segment lasted 7 minutes.  Afterward Fred and I spoke with Liz for a few minutes, and then with the hot makeup chick, and then we were out of there.  Andrez was waiting with the car but we ducked into a deli and got some dinner in a bag.  Really good actually, I had a shrimp wrap with cucumbers and cilantro.  I love New York sometimes.   So that's it really, we got back in the limo and headed back home.  A fun way to spend an afternoon.
posted by Unknown

So much for 6 months off a bike, like anyone (other than your doctor) thought that would happen.