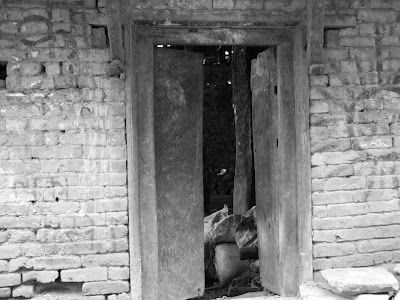 Last night I dreamed, as I always do, about a house, usually it’s a large sinister haunted mansion with a labyrinth of rooms. I wish someone could tell me why this feature is in every dream I can remember, but the only thing I could find was on the web and who knows if that is true.  This site also says this about recurring dreams:

The message in recurring dreams may be so important and/or powerful that it refuses to go away. The frequent repetition of such dreams forces you to pay attention and confront the dream. It is desperately trying to tell you something. Such dreams are often nightmarish or frightening in their content, which also helps you to take notice and pay attention to them.


Recurring dreams are quite common and are often triggered by a certain life situation, transitional phase in life or a problem that keeps coming back again and again. These dreams may recur daily, once a week, or once a month. Whatever the frequency, there is little variation in the dream content itself. Such dreams may be highlighting a personal weakness, fear, or your inability to cope with something in your life - past or present.


Anyway, this was MY house, but the living room was totally open, no roof, only half of a brick wall. Some male, familiar to me, I don’t remember who, remarked that he didn’t recall me having an open house, and I replied as I walked inside, “it is now!”

Once inside I was looking at Madison and she deftly turned herself into an apple-sized box turtle. She immediately began chasing after bugs. She was flying through the air and chasing them up and down the white walls. The entire interior of the place was ghostly white and dusty, walls, ceiling, floors, furniture, as if no one had lived there for a long time. The insects fought back actually, and when two intrepid bugs ganged up on her, turned and started to attack, I intervened so she could turn back into a dog unscathed. 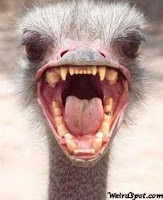 Suddenly a beautiful bird flew over the open wall and into the house, he had a lush orange plume and silver feathers, and he glided down as we stood transfixed, wondering if this was a portent of good or evil. The bird alighted to the ground, and suddenly morphed into an Ostrich who began chasing after Chloe, pecking at her with his beak. I ran over to Chloe as the bird ran off, and she had on a heavy vest, almost like Kevlar (thank goodness). I did not remember putting it on her, but perhaps someone who knew about the attacking birds did. I took it off to make sure she did not have any wounds. It occurred to me that it was summer and Chloe would be better off without that heavy vest on her. She was not wounded to my great relief. Chloe wagged her tail, happy to be free of the weight and heat, and I looked up and Nate was there, smiling.

Next I was in a train riding along sitting at a table with others, and we were riding next to a 6-lane highway. We had a good view of the traffic on each side. Sitting across from me, dressed in a suit because he was going for an interview, was none other than Ray Adams. Nancy, I have no idea why Ray had a cameo in my dream last night but I find that often random people in my life do end up having minor parts in these dreamscapes. I assume that is a pretty common occurrence. I sure hope so anyway.

I was chatting with Ray, and the people sitting at the table with us. My father was in the row behind me, with a woman, most likely my mother. I believe Colin was there, and others familiar to me, as well as strangers as you would find on a train. Suddenly this blue plastic square vehicle which resembled a backhoe more than a car came from the air out of nowhere. The man driving it lost control of the vehicle and we gasped in horror as the car jumped the barrier (it did not seem to be confined my gravity) and dove into oncoming traffic. The scene was horrible, cars locked up their brakes and skidded everywhere colliding into each other. We saw the driver’s mangled body fall unceremoniously from the cab, his torso inverted as he fell from the door, one arm outstretched. We all were shocked and horrified. My father asked me if I knew the man and where he came from, but I did not know him.

Next I was back in my old Jeep, and I noticed that it had been refurbished. My new car was in the shop and this was the loaner they gave me. They had replaced the engine and the car ran really well; I was surprised.

Finally Nate came for an unexpected visit. I was in bed, the alarm woke me and he was standing next to the bed. When I got up Gryphon’s ghost was there, and Madison and Chloe wagged their tails with joy. I feared he would disappear, but when I reached out my hand to him to put my arms around him, tears running down my face, I felt fur! The same beautiful, glossy fur that had been incinerated when he was cremated. He was really there with us; he had come back from the dead to visit with his family.

I wondered how long we would have with him. And that is all I remember.

If anyone can offer any interpretation, have at it. 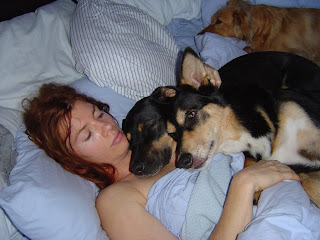 Bittersweet. A month later you'd post, "...and drifted off into that landscape of dreams where death is not so frightening as it is here on earth; where our subconscious’ shape-shifting renders the line between the corporeal and the spirit world barely distinguishable." Really like that. Beautiful way to say it.

My dreaming doesn't seem to link me to a greater beyond, or some ethereal, mental extranet, or shared head space. It's limited to what I know, and are variations of that information. Sometimes strange, yeah. The scenarios can be pretty wild, like your ensemble train ride and the gravity-defying car. But I'm usually able to figure out where the images came from.

Sometimes they're so deeply rooted or are a combination of so many tiny parts morphed into something larger that it becomes something new and almost unfamiliar.

Other times I will know I'm dreaming- I'll test it. If I dream about seeing a book I've read, but can't make out the pages inside, I realize, "Yeah, I'm dreaming this." The Gryphon visit was what I meant by bittersweet. I've had dreams about lost loved ones, especially the last few yrs. Manufacturing more time with them, another expression of our grief, maybe, or we just wish they were still alive.

Once, my (step-)grandfather, best man I've ever known, walked into a kitchen I was working in when I was 18 and 19, asking me why I was there, that I should be doing more. I woke up feeling his disappointment in me, and my own, and I think I left that place not long after.

My own feelings were conjured up and my mind used his image in a dream to kick me in the ass and get me moving forward again. That's how I saw it, anyway.