insomnia and the limitations of balance 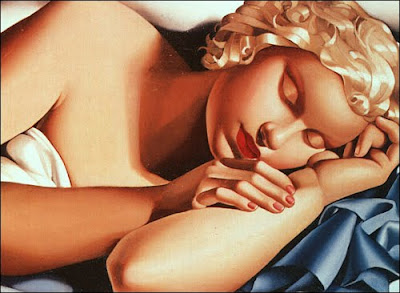 I have struggled with insomnia now and then for the past twenty years. Lately it has struck with a vengeance, and tonight I tossed and turned and itched and stressed and realized I was too damn agitated to settle into that shadowy haze; the precursor to nourishing slumber which I we all crave as our limbs tire with the waning of the day.

Pharmaceuticals have been bestowed upon me by well-meaning physicians, but their side effects always cause me to stop even before the orange-tinted plastic container has been half-emptied. Herbal mixes have either not worked, or else they worked to get me to sleep but I still wake up halfway through the night, with ghosts of my dreams and nightmares rising from my subconscious like mist off of the surface of a lake.

Lately, I think my insomnia stems from the chronic pain that has warped my consciousness to the point where I don't remember it's absence.  I wonder if I would even feel alive without its nagging reminder of my mortality and the fragility that age begets. Be it a torn rotator cuff, swollen tender tissue, a broken tailbone, throbbing wrists, a crushed leg, a hole torn into my chest, a piece of my cervix cut out, a broken heart. These pains remind me that I am alive and able to feel pain, unlike others who might pity my bad luck even as I pity their numbness.   But there is more to my insomnia than that.

I am a creative person, who has defined herself as such from a very early age. Forget racing bikes and all the other crap that I've cultivated over the past decade or so. My current profession does not give me much of a creative release, nor does my hobby of riding a bike.  Gardening and cooking have helped, and decorating my house has been even better; but let's face it, owning a house is so much more about fixing cracks in cement, painting walls, and cleaning windows than it is about designing a new kitchen or choosing cool art to hang on the walls.

The bottom line is I am not getting the creative release I need, so my subconscious is trying to get my attention.  The dreams I mention above never stop, every morning I wake up, sit on the side of my bed and wait a few seconds as they take shape and then sometimes fade again into the depths.  If I don't write them down they usually don't make it much past breakfast.

I am usually fine when I am writing every day, but with my schedule that is rare. When it has been a week and nothing much more creative has transpired than the decision about what to wear to work, the nether regions of my mind start to send up smoke signals.  More dreams, weirder dreams, but then, why the insomnia?

The discipline that is required for me to be an elite cyclist has never been a problem for me.  Then again my last name is Walheim and my German father was in the military to represent the United States as a member of the Modern Pentathlon team.  There is no question that I did get my strong sense of discipline from him.  Elite athletes need to eat a lot, sleep a lot, and arrange our work schedules and social schedules so that we have time to spend an inordinate amount of time training and racing.  We have to be selfish, and expect those around us to understand this and support us in our endeavors as well as understand when we miss a niece's birthday party because there is race the next day.

My quest towards happiness and balance in my life (the subject of this blog arguably) has led me to be somewhat militant about planning and arranging things in my schedule because with training, racing, sleeping, working, gardening, cooking, cleaning, socializing there is not much room for error.  I need to get enough sleep to recover, but I also need to get enough sleep to keep myself balanced because when I become unbalanced I often get depressed.  So I try and go to bed and get up at the same time every day.  I try to pretty much always train in the morning.  This works pretty well until insomnia strikes and throws a monkey wrench into the whole carefully constructed contraption.  Discipline has it's place, yes, but the downside of this rigidity is that when you deviate from your specified boundaries you end up criminalizing yourself, and this comes with its own level of stress.  If my dinner guests stay a bit too late on a Tuesday night I will get to bed too late and then will not get enough sleep so that I can leave early enough to get to work on time when I ride my bike in, for example, at least this is the dialogue that plays in my mind as they uncork another bottle of wine at 10:30.

I have always had a love-hate relationship with sleep.  "I'll sleep when I'm dead," I used to say in college.  Sleep is necessary, but usually I have so much going on that engages me, I postpone turning myself off for as long as possible.  When I was younger, this meant if I needed to finish a painting or a play or a song or a paper I was writing, or something I was studying, I would continue to work on it until it was finished or until I became too sleepy to continue.  I was the kind of kid that would play with my dolls and toys and imaginary kingdom for hours on end by myself.  I could retreat to my "planet" and not be found for hours.  The point is my natural modus operandi is to indulge in the process of creation, letting it happen naturally and giving it the concentration and time it needs to flourish.   It turns out that no one else actually multitasks well anyway, but that is for another post. 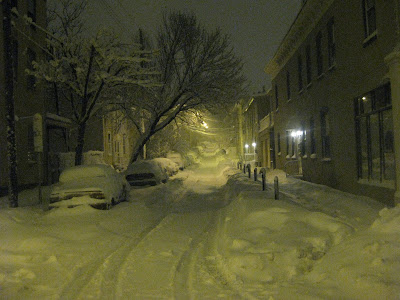 So last night I never really did get to sleep, and finally after an hour I got up out of bed and started to look around for something tranquil to do that would knock me out.  I know, I thought, I will enter payroll for work, there really is nothing much more boring to do on this planet, trust me on that one. I did that for a bit, and I was incredibly bored, but it was not fatal.  Clock was ticking, and I was still awake.  I tried to play some soothing music, but I realized that I don't really have any soothing music, and internet radio was getting annoying.  So I started to write . . about .. not being able to sleep.  Perhaps because it was the middle of the night, and dead quiet even though I live in one of the largest cities in America,  but there was something verboten about those wee hours of the morning when it seems as if the whole world is asleep.  I become very philosophic. I am not distracted, and I have no guilt that I should be doing this or that, because the only thing I should be doing is sleeping, and I gave that my best try and failed.

So I started writing, and the words just poured from my fingers to the keyboard to the screen. I had tapped deep into my creative well and the stream of consciousness that resulted was not the jumbled nonsensical stuff of my dreams but rather a organic rendering of my thoughts spilling onto the screen naturally in complete sentences.  No editing.  This had not happened in years, I mean years, probably not since the days of my mid twenties when I was doing a lot of writing; when I defined myself as a poet.  My insomnia had gotten me out of bed in the middle of the night and I found the tranquility I needed to release this stream.  I wrote for several hours, and then at 3:30am I started getting sleepy, so I dropped what I was doing mid-sentence and went back to bed. And slept until the alarm sounded at 6.

Several hours later I was at my therapist's office and we were talking about the insomnia problem.  She told me she has so many clients over the years who cannot sleep because they are worrying about not sleeping.  They create this apprehensive state that makes the prospect of going to bed wrought with anxiety.  Will I get to sleep?  Will I lie in bed for hours staring at the ceiling?  Will I wake up my spouse?  Will I make the conference call tomorrow at 8am?

Insomnia is not a death sentence, she said, it afflicts one in three people at various points in their life, the human body can withstand long periods of minimal sleep and function just fine.  Of course Coach Colin took issue with this because the single most important factor in recovery for the athlete is sleep.  Dr. Fox was not saying that we need much less sleep than we think indefinitely; but rather that it is OK for relatively short periods of time for us to accept the fact that we can sleep less and still excel.  Yes, I said excel, because if I had slept right through the night last night I would not have discovered that that creative well of my youth had not, indeed, run dry. And what a shame that would have been.

Dr. Fox told me a story that when she was working at the University of Rochester about her Department Chair who had bipolar disorder. He was also a very productive scholar and when he had deadlines coming up he would deliberately go off his medication so that he could focus on his projects without the need for much sleep.  This worked for him for short periods.  It was rough on the department though, as they were expected to keep up with him and of course no one could.

So I still will strive for my life to be all about balance: balance between athletic pursuits, work, intellectual and emotional pursuits, social life, responsibilities, and more.  Too much of anything can throw the others off.  But what is balanced for me?  I realized this week that I need not be too militant about it, going to bed every night at 11, getting up at 6, training, working for 7 hours, and then hoping at the end of the day there is enough time to walk the dogs, make dinner, and maybe even do some fun stuff, like reading or writing.  Sometimes I need to rearrange this pattern, allow the scales to tip a bit when I get, say, a smoke signal from my subconscious in the form of insomnia or incessant dreams.  Perhaps rather than reaching for the Ambien, I should think of those hours stolen from the night as a gift that will bear fruit if I shut off the clatter in my head and really listen.  Shhhh. I think I'm onto something.