The "Huffy Toss" at Marysville, 2010, that thing weighed 60+ pounds
image courtesy of Dennis Smith and yours truly
I
So I have not posted in awhile.  Mainly because the holidays have leeched every free moment from my month to the point where by the time Christmas came I was turning down invites right and left just to preserve my sanity.  I did get a chance to jot a few things down but nothing was polished up and posted.  Yes, believe it or not some editing does actually go on before I blurt this stuff out. 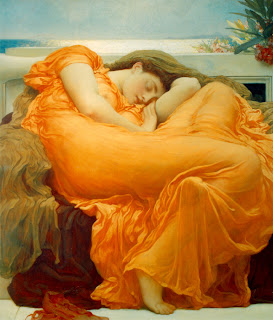 Last Monday night I dreamed that I kept oversleeping and missing my bike race, that is I would wake up suddenly (in the dream) thankful when I checked the alarm that I had not missed my race,  go back to sleep, only to have the pattern repeat itself until finally I really did oversleep and miss the race.  It was totally stressful and was mirrored in * real life* as I woke up several times during the night because I thought I had missed my 6:30 am class at Cadence. I never oversleep and miss that class. It turns out in *reality* that I actually did get up on time.  I went to pick up Colin (we had gotten a foot of snow and his car is front wheel drive) at the designated spot and he was not there. I called him, and oddly for him lately, he picked up the phone.
“where are you?”
“um…I just woke up.  My alarm didn’t go off.”  I hate when those alarm clocks have their own agenda.
“OK, I’m coming around to pick you up.”
“That would be good.” Yeah, especially because by 6:10 on Tuesday mornings there are 10 of us standing in front of the door to Cadence waiting for him.  Good thing my dreams are not only prescient for myself but for my friends as well.  Anyway, you know how it is when you wake up after a nightmare.  As I brushed my teeth I told myself I was done with this racing bullshit.
Back in December we had our team party hosted by Todd and Susan Schwartz at their home in Jenkintown.  Todd is not only my teammate at Guy's Racing, but my orthopedist as well and as such he has had a cameo on this blog a few times in the past three years.  More than a few. At the party John Miller, the man behind MidAtlantic Timing and the former Guy’s Mountain Bike Team Coordinator, asked me what my goals were for next year; that is what races I was planning on doing now that the preliminary MASS schedule is posted.  It has been posted for 6 weeks and I have not looked at it once.
“Next Year” as in the 2011 racing season?  I just looked at him and laughed and said I had not given it a thought.  A month ago Coach Colin sent out an email to all of his athletes talking about the need for increased communication and asking us to be prepared to discuss our goals for 2011 so he could write our training plans. This threw me into a panic. I still have not even read the rest of that email; I had merely skimmed it before rushing out the door to a Holiday party. That same week our Women's Coordinator (for the 5 women on the team) asked me earlier in the week to summarize my season in a few blurbs.  So here it goes:

A former XC junkie, Andrea returned to racing in the Endurance/Marathon format after 2 years off to contend with (in no particular order) a broken collarbone, the surprise discovery of rare heart arrhythmia, getting run over by a truck while riding her roadbike, shoulder surgery, and a few other issues making a total of 5 surgeries in 2009.  She was first place in the MASS endurance standings for most of the 2010 season until a poorly fitted saddle caused a perineal nodular induration that ended her season in the middle of July.

All in all, if my father had not been in a horrible bike accident which landed him in the hospital for 8 weeks and Gryphon had not died, 2010 might not have been that bad, at least compared to 2008 and 2009.  Here’s to better luck in 2011.
And I have been spending more time thinking about dating, writing, the holidays, my 6 pound weight gain, tomorrow's workout--anything but next years’ race schedule.  I am wondering if I will even be in Philadelphia next year, as the voice that has been calling me for years to head west is getting more insistent lately. Yes, I’m not sleeping great right now, and as you can read those smoke signals are rising from my subconscious once again. 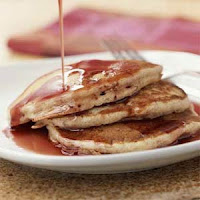 I know that I have gotten to the point in my life where I look at bike racing as a pleasant past time and a great way to provide structure and give me training goals. This is why at the end of every season, like many of my bike racing friends, I feel a little lost.  I am feeling that restlessness that I always feel when rigid cycles of training and racing loosen with the ebb and flow of falling leaves and dipping temperatures.  I have written about it many times.  I’ve always loved the fall.  As a kid it meant going back to school, and since I’ve been racing the fall is the time to relax and enjoy a hiatus from all of the focus on going faster.  I love that I can get up late on a Saturday here and there and make pancakes with Madison and Chloe, and occasionally even a guest without fur, go to the gym 3 days a week so I have time to do plyometrics and agility training, spend more time reading and writing, run in the Wissahickon with the dogs….. but I have to say that even when I have the option to most weekend mornings will find me on my bike by 9.
If there is one thing I know, it is that I have a strong passion for cycling, whether on the road or on the trails, and I will be riding a bike one way or another until they put me in a box.  It is against my nature not to train hard, no matter what the sport or activity. I will never be the one who just does it because I have to, because I love to move my body, in fact, it's tough for me to sit still. As Stu Mittleman says in Slow Burn, a book so good I am reading it again:

Movement unlocks our senses, makes us feel alive, and allows us to rejoice in the here and now. We are physical beings, and we need to move.  Humans and our bipedal ancestors have been around for hundreds of thousands of years. Yet it has only been in the last eighty or so years, since arming for the hunt or toiling in the fields was replaced by sitting at a desk in the industrialized countries, that motion has not been the norm of the day.

I am compelled to move because that it what I was born to do and if I don’t do it I don’t feel well. So it’s not a question of ceasing to train, because I will always want and need to do it.  My point I suppose is I don’t need to race my bike to give me the motivation to train.  I train every day because it keeps me healthy and happy.
But….and there is always a but, right?  I’m feeling more and more that at this stage of my life that the demands of the race season, in terms of time, energy, and rigid training schedule,  are becoming a distraction that is keeping me from moving forward and out of this state of limbo I’m in.  I need to figure out just how to get the farm that I have always wanted.  Yes, a farm I said.  I thought by now I would have a co-pilot to help me with this lifelong dream, but alas, I have not found him, and it’s not for lack of trying. 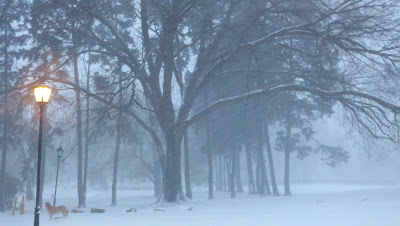 II
Nature has its patterns, its cycles, and it is folly to think we are not part of this web.  We are interconnected with these cycles, and most of us are more comfortable when we accept this and allow our lives to adopt somewhat predictable patterns.  The Circadian rhythms that make up the day and of course the four seasons are examples of this.  I try and work with these natural patterns, and as such I almost always train and race in the morning, when my energy levels are the highest and it is easier for me to focus.  That is why on the weekends when I have the option of training any time before sundown I just don’t feel comfortable if I delay my ride until after lunch.
All of this post-season introspection which materializes in October every year could be just another cycle that I need to go through to process the demands I have placed on my body and mind over the past 7 months.  Furthermore it’s no secret to anyone that I am at a crossroads in my life and certainly spend a good bit of time ruminating on my next step.  As of somehow I am utterly in control of the whole process, which is silly.
So my goals for next season as of January 9, 2011?  At this point check out the race calendar and put a few on the board to keep Colin happy.  He will be able to write a training plan that actually has a plan and when February is waning and everyone is talking about Battenkill or the MASS relay and the rides are getting faster, my natural competitive spirit will kick in and I will be off and racing.
Actually, my major goal over this winter and into the season will be working on the nutrition issue.  Too much to discuss here but I am currently doing a lot of reading and experimenting in an attempt to get my body more efficient at burning fat to fuel my workouts instead of me constantly having to feed the glycogen machine.  That and of course getting my technical skills better because riding over obstacles is what makes mountain biking so much fun for me, and keeps me coming back for more.
And the wider lens?  I feel like as if I’m ready to take off to the next phase, and the success of this lies in the extent of my willingness to make some pretty steep changes in my lifestyle.  But you know what?  I’m ready, I really don’t need to hold on to any of this. It’s good healthy fun, but in the end none of it really matters.  As long as I can keep strengthening my body, mind and spirit; constantly pushing myself to be more evolved yet less self-absorbed; then I think the angst I feel as the season of fall ends will be replaced by acceptance of the inevitability of cycles, of change.  Right now I look in the mirror and fear the ravages of time, but I look forward to getting to that place where instead I feel the peace of acceptance.  I feel it most when I’m walking in the woods with the dogs and letting them show me what it’s like to live in the moment and feel joy so tangibly that it animates their every step, without reservation, without the confines of an agenda, and without the fear that it will end. 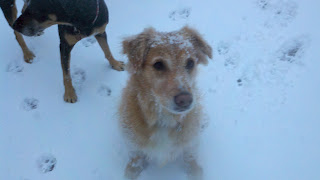 Your writing style is really great. It is a talent to be able to take the thoughts from your head and put them on paper so eloquently.

thank you for reading it and happy new year.