a different kind of season this spring

Last week was quite the week in the news.  Osama Bin Laden has been executed by elite Navy SEAL Team Six, Obama released his long form Hawaii birth certificate to quell the inane utterances of the Donald, Prince William and Catherine Middleton tied the knot, [and actually appear to be in love--gasp!] in a Royal Media Feeding Frenzy the likes of which the free world has not endured in three decades,  large swaths of the Southeast, mostly Alabama, Missouri and Georgia, were devastated by a Katrina-level outbreak of 216 tornadoes over 2 days,  by some accounts the worst tally in US recorded history,  and  the flooding in the Ohio and Mississippi valleys prompted the Army Corps of Engineers officials to blast open a Missouri levee and flood 130,000 acres of prime farmland in order to protect small towns from being smothered by those rising rivers.

The week's events were maligned at the White House Correspondent's dinner last Saturday night, with President Obama roasting potential GOP Presidential candidates, including Donald Trump.  If you missed that, take two minutes to watch it below.  His comments about Trump were actually much funnier than Seth Meyer's.

An interesting historical footnote: Since the evening's events were readily viewable in real-time to those four of you who are regular C-SPAN watchers, Seth Meyers, the Head Writer for Saturday Night Live and Anchor of Weekend Update, could not resist making light of the fact that the evening was being broadcast live only on the lowly channel dedicated to the coverage of our very entertaining Congresspeeps.  His monologue included a joke about the soon-to-be-the-late-Osama-Bin-Laden.  He did not realize the irony, but of course the President had already issued the order for the Seals to make the move on the McMansion in Pakistan the following day.  As the camera focuses on Obama laughing at the joke, one can only wonder what is going through his mind.  Apparently the CIA/Special Ops folks were only "60 to 80 percent sure" that the intel was correct and OBL was actually still residing in the place.  Yikes.

In case you don't feel like watching the whole 10 minute video (Seth's material is a good test to see if you're current with your popular culture)  the roasting of C-SPAN followed by his remarks about MS-NBC, his employer, start at 1:50 on the above video.  There, I've made it easy for you.

So just as it seems the world has gone crazy, there has been a sea change at 3434 as well.  Spring is here and as a cyclist of course it is the start of bike racing season.  As a gardener it is the beginning of the growing season, when my front bed boasts a riot of tulips, daffodils, and literally dozens of perennials that are poised to enter the stage in a six month show choreographed by the sun, rain, wind and soil.

During the long cold winter this year I did more than a little introspection.  A major change in my routine was thrust upon me, one could say, and this offered me a rare view of the way I spend my time.  The upshot of this was I have made some decisions about the shape I would like the rest of my life to take.  Starting in the past week, life is different, my perspective has changed.   I am retired from bike racing, for one.  Yes, this is big.

I have come to the conclusion that I am never going to achieve my goals if life keeps on rolling along like it has been the past several years.  I'm just not satisfied with the status quo anymore.  I've reached a plateau in my life and I need to move on. In all honestly, it's not really in my nature to be satisfied with anything, although I have finally realized that you can be satisfied with your life as it is without being doomed to becoming complacent and stagnant.  I had always believed that contentment bred complacency, and so from a very young age I have been that restless soul who could never stand still, who was always searching for the path to excellence and enlightenment, but who sometimes paralyzed herself with too much introspection and the desire to do too many things really well.  But I've learned, with the help of experience and therapy, (one could argue that therapy speeds up the organic aging process by which we weave our experiences into a usable perspective) that I can be thankful with my good fortune AND at the same time I can greedily plot, plan and shape my life into a journey better suited to facilitate the evolution of my desires.

The decision about whether or not to continue bike racing for the time being has also been complicated by the health issues I have been struggling with this winter.  I guess you could say they are an extension of the health problems I've been struggling with for the past several years, although the endocrine issues, despite the fact that they were there all along, have not appeared much on the blog.  Yes I thought they were behind me, but in fact my biggest stumbling block has been my sputtering thyroid gland.  Broken collarbones, heart arrythmias, and perineal nodular indurations aside, the overarching nightmare preventing me from achieving radiant health has been the disruption of my endocrine balance brought on by my years of birth control pills.  I will elaborate on this in another post, but since I know I will never make a dent in my over-stuffed to-do lists without my usual boundless energy, and I will accept nothing less than the optimum health that I know is obtainable with a plant-based diet, and balanced exercise and stress reduction techniques, achieving this state of health has to be my priority right now.  How fast I whiz through the woods on the Yeti will have to take a backseat to these more pressing concerns.  It's not like I'm going to stop training, but climbing is so hard in this perpetual fatigued state that I can't even imagine dealing with the rigors of an 8 hour race.

The other major area of discontent is my lack of satisfaction with 3434.  I have outgrown not only my city dwelling, but also my patience with city dwelling.  I yearn to be in a rural area, where my nearest neighbor is a mile away.  At least. I love Philadelphia, but I don't want to live here anymore.  I'm never going to be able to buy 100 acres somewhere if I keep up the same routine year in and year out.  To tolerate the cars and trash and traffic and pollution and lack of respect for the planet and each other that the city and surrounding suburbs bring, you really have to want to live here.  And I just don't anymore.  I love the culture, the nightlife, the restaurants, and so many other perks of this great birthplace of our nation, I really do, but it's time to leave it all behind and go where my heart can really find a home.  I know it's not here.  I understand now why I've never allowed myself to settle down with anyone here.  Deep in my heart,  I've always known that I would leave, and my partner would not understand.

So I am refinancing my house this month, and then I start fixing it up so I can get it on the market when the market finally turns around, which does not look like its going to be any time soon.  I'm giving myself 18 months to get my my affairs in order and head off toward greener pastures.  I'm not sure where those pastures are going to be yet, but I'm hoping some of you out there might be able to help me find my next home.  Here is what I know: 100 rural acres, within 2 hours of a decent sized city with a university. I visualize a converted barn when I close my eyes. Deciduous trees are a must.  No desert, no coastline.  As for what I'm going to do for a living, well, as long as I can get the internet I think I can make something work.  Please comment if you think you know just the place.  I know it's out there, now help me find it. 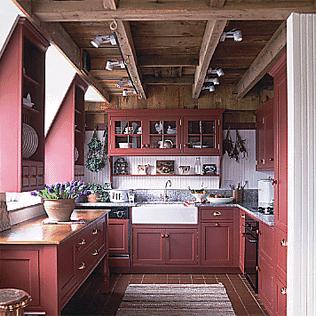 You're making big life changes, so I don't see a danger of complacency or stagnation. I guess that's the point. And for you to be satisfied. I remember hearing an NPR story some time ago about people somewhere in Maine or Vermont who decided to move back to the city from their rural life because of their perceived carbon footprint in getting what they needed out to where they were living. Their thinking was cities could be more sustainable with public transit and the centralization of resources. But you nailed it, with the "tolerate the cars and trash and traffic and pollution and lack of respect for the planet and each other that the city and surrounding suburbs bring".

I hadn't heard about the loss of 130,000 acres of prime farmland. That's scary. The devastation in the south was almost biblical. And NPR posted a story recently about a group who is sure that the end of the world is this coming May 21. One of the people convinced predicted earthquakes starting in the Asian Pacific rim at 6pm local time and spreading world wide. Bad enough this shit seems to happen on its own often enough without somebody actually calling for it.

Hey, and my favorite Meyers crack was about C-Span being one unpaid electric bill away from being a radio station.

I liked the pix of your girls, especially Chloe resting next to you.

Beacon, NY
I'll move with you!