the ketogenic semi-elemental diet day 11: ketoadapted enough to work but not to exercise 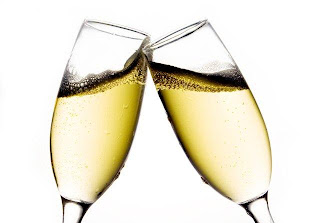 Holy shit imagine my surprise when the blood ketone meter read 1.5 millimolar today.  Break out the champagne....next week when I can actually have some carbs.

So according to Phinney I should be pretty keto-adapted with that reading, and although I felt better today at work than in the prior days I was not energetic, and I need that zest in order to not have to force myself to get through a workout.  I had about 20g of carbs today in the form of two teaspoons of honey and still tested at 1.5mm.  I ate the carbs in anticipation of my usual Thursday hour trail run with Madison and Chloe, but after working my leg routine yesterday without glycogen to help recovery I just could not push myself to do it.  Which sucks.

So I decided I am going to stick this stupid semi-elemental ketogenic foodless fortnight out until Sunday even though clearly the casein is not agreeing with me as I am getting a little bloating and I'm incredibly itchy and even have a runny nose.  Some might say that is a detox reaction but if you read the The China Study you discover that in fact; casein, or milk protein is a potent cancer initiator so it's hard to imagine I can be detoxing while consuming 3 scoops a day of the stuff.

I saw Dr. Mathews today, my incredible chiropractor who does ART and Graston technique and basically allows my body to withstand all the hard work I put it through.  He worked on my muscles and bones for an hour and said I was super tight.  As he was scraping that metal rod along my very sore hamstring and I was trying not to scream he remarked how skinny my legs looked. Sadistic bastard. He said they were even thinner than after the water fast, which tells me I probably lost more muscle mass that I would have liked, but welcome to hypocaloric diets.  I can gain it back as I'm in the gym 3 days a week.

Tonight I had a Match.com date with a guy from Long Island who was down in Philly on business.  He is a nice guy and we met at the outside bar at In Riva in East Falls, but after half an hour I was tired and a little bored.  I had told him about the diet, and urged him to eat even though I was not going to, but he was polite and declined.  He gave me some samples of some vitamins from a company he was representing which I thought was sweet since he had no idea if he was ever going to see me again.  The samples had fructose in them though, so I could not use them.

So I remain optimistic that I can get through this until Sunday now.  I'm in the home stretch.  I have to say it's nice to be 119 lbs again.

I have had SIBO for almost 7 years. I am actually considering a "ketogenic elemental diet". I was planning to do this before I read your blog. I have been reading up on all the sibo forums and blogs to see if anyone else has tried this, but your blog is the only one I could find. I know it is very extreme, but I am determined to try it. I have already tried many other things which seemed to help, but my health is still very delicate. I am on a low carb diet and taking about 20 different herbs and supplements just to barely function. I have had horrible problems with yeast overgrowth, which is why wasn't willing to try a juice fast or the vivonex. I would love to hear how this worked out for you. Did it "cure" your sibo. Or did you still have to stay on a very restricted diet? I couldn't find any other posts on your blog.

Ann, I have to finish the series which I hope to do this week. It cured it but my SIBO came back because my ICV valve keeps opening. How many grams of carbs do you currently eat per day? Have you read Pimental's book on SIBO?

I eat about 75 grams of carbs a day. I tried the fast for 7 days. It did not seem to be working. I have come to believe I suffer from a "candida biofilm". I have found herbs and probiotics that seem to be helping for 1 or 2 weeks and then the fungus and bacteria "adapt", and it gets worse again. No amount of drugs seem to help. In fact it was after going on a huge amount of antibiotics for bladder infections and amoebas that I became ill. You might look in to the biofilm protocol on Dr. Ettinger page. People with severe SIBO symptoms, and those with candida, chronic fatigue syndrome, and fibromyalgia and lyme are thought to have biofilms. It makes sense to me, because I at this point have tried many, many things that have not worked. http://www.advancedhealing.com/dr-ettingers-biofilm-protocol-for-lyme-and-gut-pathogens/