day 14: keto-adaptation accomplished, but what about the SIBO? 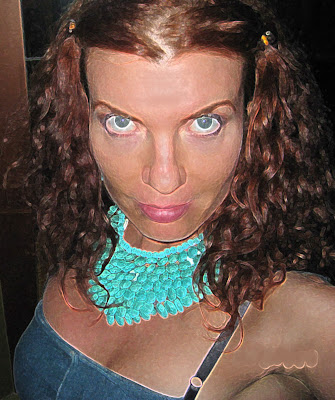 This morning I went on another road ride, even though after the ride yesterday I only had a teaspoonful of honey in my tea for my recovery carbs.  Not much for glycogen replenishment there.  However, perhaps by sheer force of will I kicked ass on today's ride considering my only carb dose was the same mix of coconut juice, fresh-pressed watermelon juice (pulp strained out) and a splash of tart cherry juice.  I also sucked down an entire flask of raw honey.  I can tell my body has keto-adapted  because I can pull up front at sub-LT power and still be burning a much higher percentage of fat than before I started this experiment.  My metabolic efficiency has really increased.  My average power for the ride was squarely in the endurance zone so I was happy.

Later in the day however, my mood tanked, and I'm not sure why.  Mostly likely because  my body was so tired after the ride and dog walk, or it could have been my disgust that I wasted an entire Saturday afternoon and evening on a weekend when I have a ton of stuff to do with some stranger that now I have to cut loose.  I should be delighted that all of my goals for this diet have been met: I made it the entire 14 days, I'm lean, I worked out my new Paleo diet, I food shopped, I took care of my work and my animals, and I am proud of myself.  However, the original reason I went on this diet was to cure my SIBO that was resistant to Rifaximin and Neomycin, and I think I'm truly terrified to start eating normal food again.  I'm afraid to be back in the same damn place.  Well, at least I learned we all can thrive with a lot less carbohydrate in our diets.  Trust me if I can do it as an endurance athlete, you can too.

day 13: cycling in the carbs for the road ride

So today was the final weekend of the diet and I was determined not to have to bail on my Saturday ride like the week before when I was barely keto-adapted.  The group road ride was very tough on a liquid diet, and while I did not eat carbs all week, I had to drink some on Friday to try and flush some glycogen in my muscles or I would never make it, that much I knew.  Then of course during the ride on Saturday morning I drank fresh-pressed watermelon and tart cherry juice mixed with coconut water  plus an entire flask of Hammer Gel, which meant I did have fructose, and maltodextrin actually, but it worked!  I did it: I somehow survived a 3-hour group road ride and I was up front pulling a lot as usual.  I could not believe I was 4th out of 16 up the Saw Mill climb which was incredible because my legs were just screaming in agony.   And granted I usually pull to keep the pace of the ride steady, which means, for those of you who are not cyclists, I am often the person (or persons, if the group rides 2 x 2) up at the front of the group taking the brunt of the wind and doing 30% or more work, measured in power, than those behind me who I am "pulling."  I was pretty amazed I made it to the end of the ride.  I averaged 191 watts for 5.5 minutes up the hill, which might not seem like much until you realize I did it after losing 14 pounds in 13 days and ingesting a liquid, ketogenic diet consisting of nothing but coconut oil and casein.  I was tired by the end of the ride though and most of the day afterward which is not like me, I mean really, truly spent.

A guy from Colorado who I met online showed up on my doorstep and so wanted to just spend the night here, but I was not having it.  He was back on the East Coast to visit his family and was en route from DC to Long Island so it was not terribly far out of his way, but I was too tired for an extended visit, and my exhaustion probably contributed to him getting on my nerves.  It does not take much when you have not eaten food in 2 weeks.  So I sent him on his way.

One more day.  Piece of cake.