the boomerang effect of multiple antibiotic courses to treat SIBO 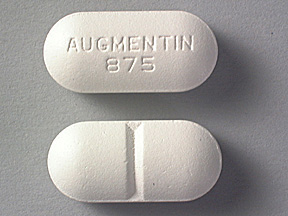 So you may have noticed that it's been over 6 months since I finished my ketogenic semi-elemental diet to cure SIBO, or small intestine bacterial overgrowth.  And a whole bunch of life has happened in those months health and otherwise, but for this post I will attempt to stick to the digestive issues.

The semi-elemental ketogenic diet did eradicate the bloating and abdominal distension I would get after eating, but in about 5 days of resuming my (then) normal lacto-ovo pescatarian diet, it came roaring back, just as I feared it would.  The pounds I had  lost eating 1750 calories a day of 69% fat/ 31% protein started to creep back as well.  I was pretty disheartened.  Plus I was super itchy, which is one of the most  vexing symptoms I have suffered from due to the gut dysbiosis: itching, hives, the inability to wear anything around my neck, which is awful for me because I like my neck bling.

It was not for naught, however, because I did succeed in training my body to became more efficient at burning a higher proportion of fat at a given percentage of my V02 Max,  and this had profound impacts on my training as well as on my health.  My LT went up 10 watts. (Obviously this was through training combined with diet, not merely diet)  And of course, as my body became more efficient at burning fat, I suffered through less energy dips, hunger pangs, cravings and brain fog during the day, which is helpful not just for athletes but for those of us who have to actually work as well.

My gastroenterologist, Dr.  Farzana Rashid at Penn, suggested I try different antibiotics the second time around, so she prescribed a combination of Augmentin and Flagyl.  Augmentin itself is a combination of amoxicillin/clavulanate potassium, and Flagyl is metronidazole, so as leary as I was about taking more poison  I agreed to go on this cocktail in the hopes of knocking out the colony in my small intestine, and I started them a week later.  As you can imagine I was feeling pretty desperate at this point.  I also started Amitiza to try and move things along, as it were, but it started making me feel lousy with cramping even after two weeks so I gave up on it.  I hate taking drugs and the ones bestowed upon me by gastroenterologists never work anyway.  I'm the only person who can eat half a large bottle of Mirilax and still not be prepped for a colonoscopy.

The drug combo certainly killed off a lot of gut bacteria  (please don't ask me how I figured this out) but again 4-5 days after stopping the 2 week course I was having SIBO symptoms again.   I was still feeling as if there were a volleyball in my stomach after eating, and since I only eat fresh foods that I purchase and prepare myself, I was really feeling that despite trying to eat a super clean and healthy, vegetarian, plant-based diet, food was becoming the enemy.  So I would go on periods where I would not eat much at all.  I was not eating any fruit or added sugars, only some xylitol on the low-carb days.  I had stopped eating a 100%  ketogenic diet because of my training schedule, as I needed some carbs to get through my workout and for recovery, so instead I adopted the cyclic ketogenic diet or CKD that bodybuildiers have been using for years to get lean.  In a nutshell you eat low-carb all week, and then have 1-2 "carb-up" days where you eat primarily healthy carbohydrates.

Then at the beginning of September I had an appointment with Dr. Shiple who had been treating me for my thyroid condition known as Wilson's Syndrome.  I had had more bloodwork and we discovered my T3/reverse T3 ratio was still not optimal despite the Armour dose so he brought me up to 4 grains of Armour per day, or 240 mg , a pretty hefty dose for someone my size.  So it was good news that the reason I had gained weight is because my thyroid was on the fritz and my cortisol levels were too high.  Shiple asked me to stop the Pulmicort and cut down the adrenal support glandulars I was taking.  And most importantly, he put me on his Leaky Gut Protocol to try and correct the gut dysbiosis, although he admitted he did not have much clinical experience with SIBO and was not sure how to attack that.  The Leaky Gut Protocol was taking Augmentin daily for a month and Diflucan once weekly for 4 weeks.  Diflucan is an oral antifungal which ostensibly would keep Candida Albicans, an opportunistic fungus that can take over when other treatments or antibiotics have supressed the immune system,  in check while the Augmentin wipes out everything else.  So I filled the prescription on the way home, hopeful that perhaps the third time would be the charm?  Oh my poor microbiome.  Forgive my scorched earth policy but you know I've got to rid myself of this accursed SIBO.