A dreamer is one who can only find his way by moonlight, and his punishment is that he sees the dawn before the rest of the world.Oscar Wilde


And just like that, 2013 is over.  Heck we're almost through the first piece of the twelve-slice cake known as 2014.  And if I have my way it's going to be a gluten-free chocolate torte.

I have to say I'm happy that 2013 is over; it was a difficult and solitary year.  I worked a lot; nose to the grindstone, never losing sight of my goal: to fix up my house so I can sell it for a pretty penny and move away from the East Coast.

I stopped writing in the blog because I needed to spend every extra beat of time working on the house renovations.  In addition to working full time I was managing the various contractors, designing, sourcing and ordering various products, and of course pretty much doing all of the painting myself.  You must understand because I'm a damn artist I had to choose a 5-color paint scheme to showcase my original 1920s woodwork that we had so painstakenly restored down to the bare wood, removing 85 years worth of toxic paint layers with an infrared paint tool.  The result is amazing but I did a lot of the painting with a half inch artist brush, just so you can understand how many hours it took me to cut in all of that detail.


The house at 3434 is the hermit shell that keeps our paws dry and provides a place for me to cook all that paleo goodness, but it has also felt like a prison at times since the housing market tanked all over the US.  In the past couple of years all I have wanted to do is get out of here, so I have avoided getting involved with people or projects that could cause me to put down roots.  That's one thing when you're still in your twenties. It's quite another when you are...well...beyond your twenties.  So like I said, it's been a solitary existence, but I know I need to leave this place: my energies are needed elsewhere.

Painting was the easy part.  There is something incredibly satisfying about working with your hands for hours on end; applying pigment to material with deliberate brush strokes that calm the monkey mind.  It frees the brain to ruminate on the bigger picture: beyond what to eat or how to make money.  A lot of self-reflection went on between all the podcasts I listened to up on that roof. It was the year that I said goodbye to the structures that had framed the delusions of my adult life.  And one does not wrest themselves from those demons easily, no, those creatures shake your bones as they leave you.

Ah, delusions, such a strong word  I can hear my mother say.

I come from a long line of Catholics who revel in their delusions.  I've never been fond of this aspect of my upbringing.  I was an odd child born with a giant  metaphorical Eye right smack in the middle of my forehead like a cyclops. I think it might have been God's way of playing a joke on my parents, who have perfected the Art of Denial.  For the first half of my life it seems the Eye was turned inward, and the constant introspection was enlightening but brutal and paralyzing at times.  Somehow in the past half decade or so I came to understand  that Eye's true value lies in her ability to fully understand, in very short order, anyone I come into contact with; either in the real world or the online one.  She protects me from trusting those who are not worth my trust, but she comes with a price.

Eye sees too much.  It can be awkward and painful at times, and I have lost friends as a result of this Knowing.

I can see through people's delusions and facades, and probably always could, but it took a few years to develop the confidence to believe in it. And to be honest,  I don't always desire this information about people. Sometimes whatever they are hiding from themselves is simply, well, not my problem, and the sheer knowledge of it becomes an albatross around my neck.  I blew off my high school reunion this year because that weekend I did not have the energy to wade through the Carnage of Knowing; of trying to reconcile what Eye was telling me with what this or that classmate was trying to project.  It can be exhausting. I wanted to remember everyone as they were in high school, laughing, goofy, optimistic; their lives full of promise and possibility.  I wanted that for myself as well, so I blew off the entire weekend. I had old friends who had flown in from the West Coast to attend.  Probably not my finest moment, but we do what we have to do to survive sometimes.

This summer as I applied those pigments to a house that felt as if it were no longer mine, I decided that my dreams were never going to happen if I kept them locked away on some piece of paper behind my to do lists and bills to pay.  So I am putting them out here for all of the world to peruse and judge with that abject detachment that characterizes these digital transactions.  If there is one positive aspect of not having gotten entangled with another human being in matrimony or co-habitation or whatever; it is that you can cut your losses and get the hell out of dodge when you've had just about enough.  It's just me and the dogs, and the dogs are happy to be anywhere, as long as they are with me.

Yes I know.  If you post your deepest desires up here for the world to see, not only can they laugh at you, which I have never cared much about; but worse; you become accountable.

Vulnerable this little voice in my head whispered.  It sounded a bit like The Little Prince. 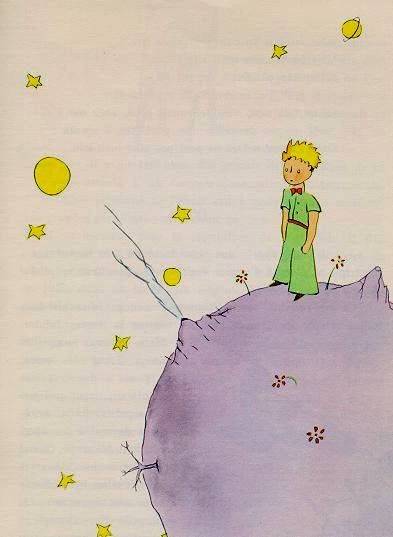 'Thats OK" I whispered back, because at this point, there is no turning back.  I've spent the past four years uprooting myself from Philadelphia and in my heart it feels as if I no longer have a place to call home. Everyone needs a home though, so I have to go out and claim one.  I have no choice but to head due West, since those winds have been pulling at me since I was a little girl.  You can only ignore the call for so long before the fiercest of desires, long smoldering in your subconscious, ignites into a fire that illuminates your every waking moment.