why do I always have to be the heavy? 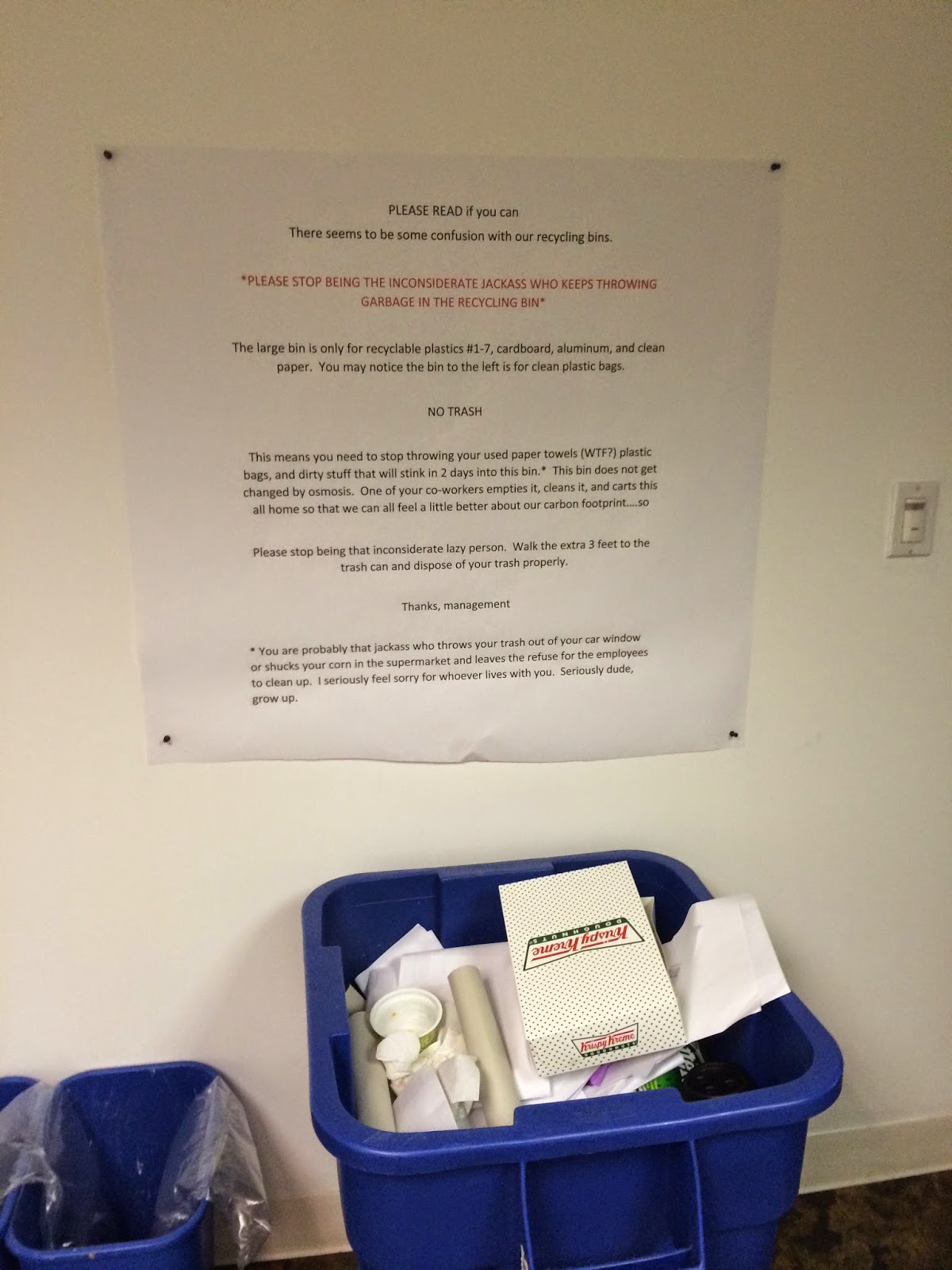 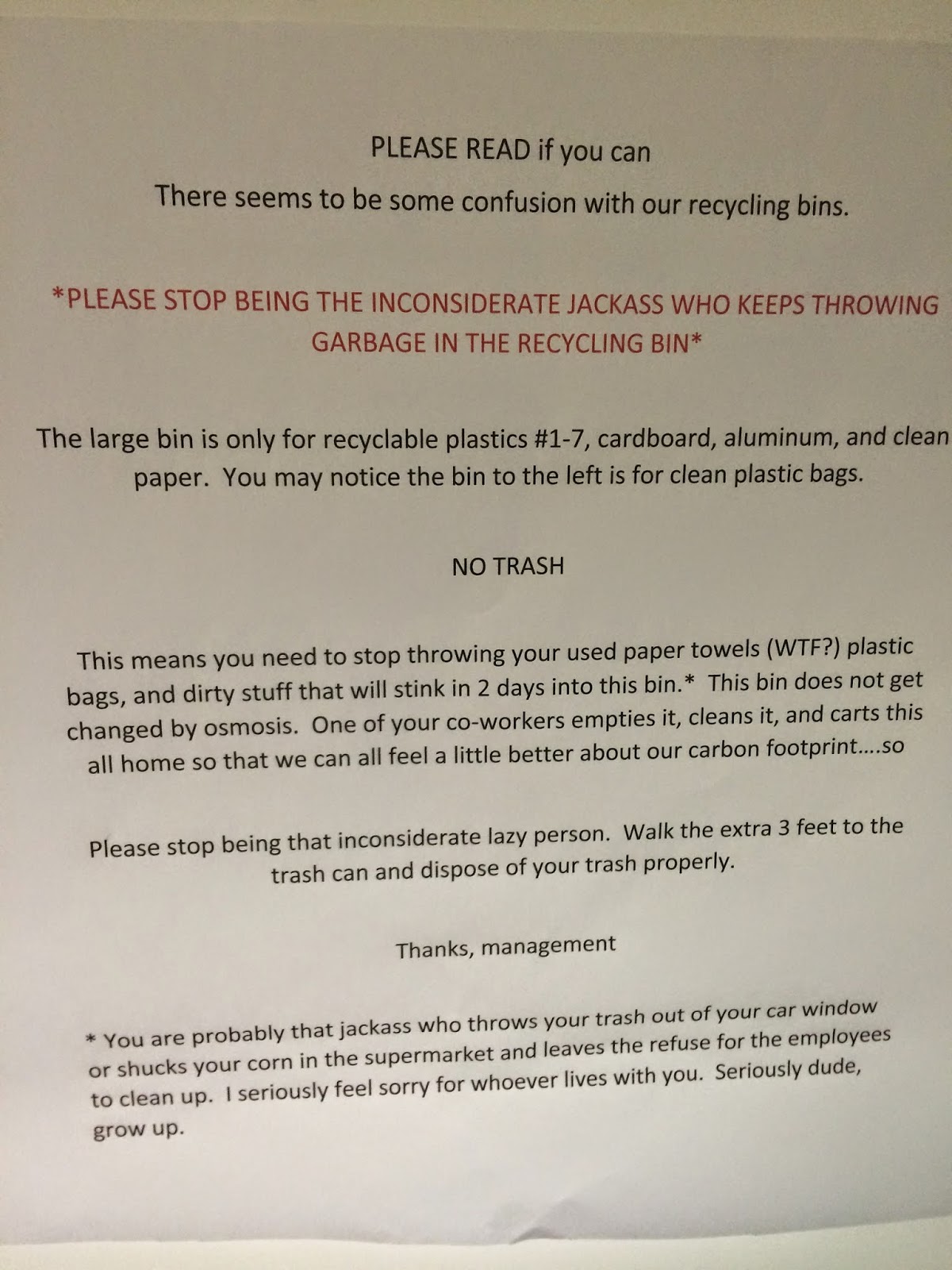 And here is a close-up of the newest sign posted by yours truly two weeks ago.

Yes, it's sad that I have to do this, but the problem was solved immediately.  I did try gently asking folks a few months back if they understood not to throw trash into the bin.  They all nodded, "of course, of course."

And then there was the work meeting several years back  when I told everyone we were going to play a fun game.  Yay!  I then placed three different blue recycling bins on the conference table; one labeled cardboard, the other plastics 1-7, the other labeled cans and bottles.  As my co-workers stared at me open-mouthed I then tossed out random recyclable items like a cardboard box that had once housed a cell phone, a sardine can, a plastic bottle, the meeting minutes for that very meeting, and asked my co-workers to try and figure out which bin to throw them in. Put the bottle in the can marked, "CANS AND BOTTLES" and Bingo!  You win!  It reminded me of  Saturday Night Live's Celebrity Jeopardy.  That went over like a lead balloon.

But now we are out of the dark ages in Philly because we have single stream recycling so really all you have to do is STOP PUTTING YOUR TRASH IN THE BIN.  If you don't want to be part of the solution, you're part of the problem, remember that.

Over and out.
posted by Unknown No comments: